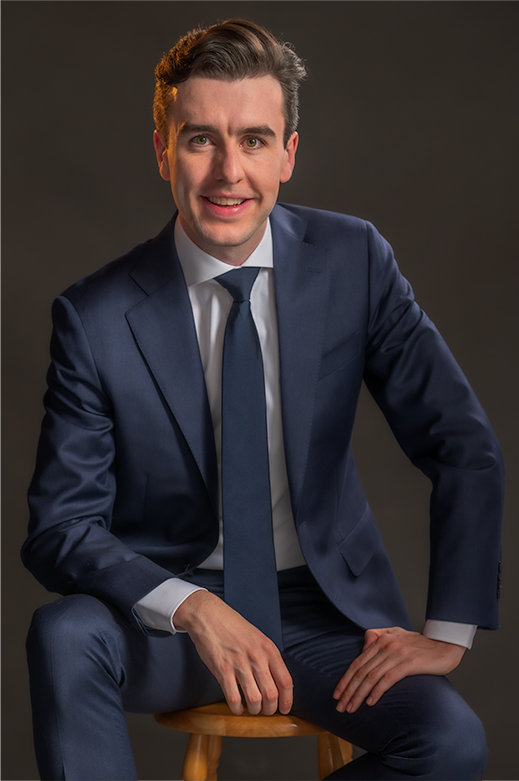 Hi everyone, it's been a while.

About five years ago I kind of disappeared. If you remember me and know about how my life changed beyond all recognition, you’ll have heard and read about it, but this will be the first time you’re hearing from me.

I have a quiet life these days, very different to the future I had once imagined. Back then, I was a 24-year- old comedian with an exciting road ahead, doing the work I loved. As I write this, I am at the kitchen table of my parents’ house, where I live, in Tallaght. I’m fit and healthy and a long-time sober.

I’ve learned that people are a lot kinder in person than they are on a keyboard. Whenever I'm out, I’m approached by people asking me 'What’s next for you?’

Many people also ask, ‘What happened?’

In November 2017, a series of tweets making allegations against me snowballed into newspaper articles, and eventually more. I took these issues in my personal life very seriously and I decided to walk away from all my work commitments as I couldn’t possibly keep working and deal with everything else too. From the age of 19 my life had been a runaway train, I had been burning the candle at both ends, leaving me overwhelmed and unable to cope.

At the time all I wanted to do was go home to my family, but I couldn’t even do that as the media were outside my Mam and Dad’s house. In the space of 48 hours, it felt like I’d lost everything.

Through a newspaper article, I learned there was a complaint of sexual assault against me made to the Gardai. I immediately and repeatedly contacted the Gardai, but it was a year before I was told what the accusation actually was, which I denied. It was another year before the Director of Public Prosecutions withdrew the charge against me. I wouldn’t wish those two years on anyone.

In that time, I've had death threats, ‘funny’ mocked up headlines saying I've committed suicide, that kind of thing…. this is actually something my family and I have had to get used to.

When I was 21, I did a charity radio show at St Patrick’s Hospital in a glass walled studio in the foyer. In 2017, a complaint was made to the hospital by a former service user. Following investigation, it was concluded that when we posed for a requested photograph outside as I was leaving, I kissed this person on the cheek, while putting my hand on his chest. That was uninvited and made him feel uncomfortable. I accept this and for that I was and still am genuinely sorry.

This all began with people tweeting about me. Some of these people were from the comedy scene in Ireland, which is very small and social, and I considered them good friends. Not only that, these were guys I looked up to. I was just 19 when we all met, and they were the older, more experienced comics. They said publicly that I had been inappropriate with them back then, some said that they laughed at the time, but they felt uncomfortable. I remember events differently and we remained in contact for years, messaging online and working and socialising together in person. Although I started getting higher billing, and some bigger gigs, I was never in a position of power over anyone, despite what some people may have written.

One thing that is clear is they deserved a better friend. In the last few years, I contacted them because I wanted to send them each a letter I had written to them, but I only heard back from one person who I did write to in 2020. I know now I had to listen and grow up and make changes in my life. I should have been a better colleague and a better friend.

Reflecting on that time in my life, from 19 to 23, it's obvious to me now that I was hugely immature. Career wise, I was composed. But in my personal life I could be a mess, oblivious to the times I was obnoxious. I wasn’t considerate enough of others because I was too busy thinking the world revolved around me. Not to put too fine a point on it, I was an idiot. I let my family and friends down. I let my partner down, who has been with me since before and through all this. I let my community down, Tallaght, the comedy scene and the LGBTQ community. I let down the people I worked with. And I let down the people who came to my shows and have always supported me.

Above all I got a major wake-up call. I paid a high price and learned my lessons the tough way and in the most public way imaginable. When you last heard from me, I had been on the comedy scene for about four and half years, since I was 19. On that basis, as I’m now 29, I’ve spent the entire second half of my adult life growing, learning and making amends where I could.

But at the end of the day, nothing I can write can prove that. From here on, I’ll let my actions speak for me, in my work and in my life.

So, what next? As someone who made their living making people laugh, I’m also aware that I can’t make everyone happy but, as they say, fail we may, sail we must. I would rather fail on my terms than sail on someone else’s.

That’s my story. A shortened version of it. There is a much, much longer version I could post, but I'm looking ahead to brighter days.

Over the years there’ve been offers to go back on stage, but I just wasn't ready. I expected the time away to be shorter, and the lockdown years played their part too.

Every saint has a past, and every sinner has a future.


Al is a comedian from Tallaght. He has sold out Vicar Street and Cork Opera House, headlined Cork’s Live at the Marquee and Electric Picnic’s comedy tent, and performed in the 3Arena. In 2017 he performed a sold out run in Soho Theatre London.

In 2016 his hit show ‘Al Porter At Large’ was nominated for Best Show at Edinburgh and he won the IFTA Rising Star Award. On TV, he was the host of Ireland’s Blind Date, appeared on RTE’s Late Late Show many times and on BBC’s Live At The Apollo and Michael McIntyre’s Big Show.

On radio, he had his own show on Today FM and appeared on BBC Radio 4. On stage, he was the star of the panto at the 3Olympia, which he writes.